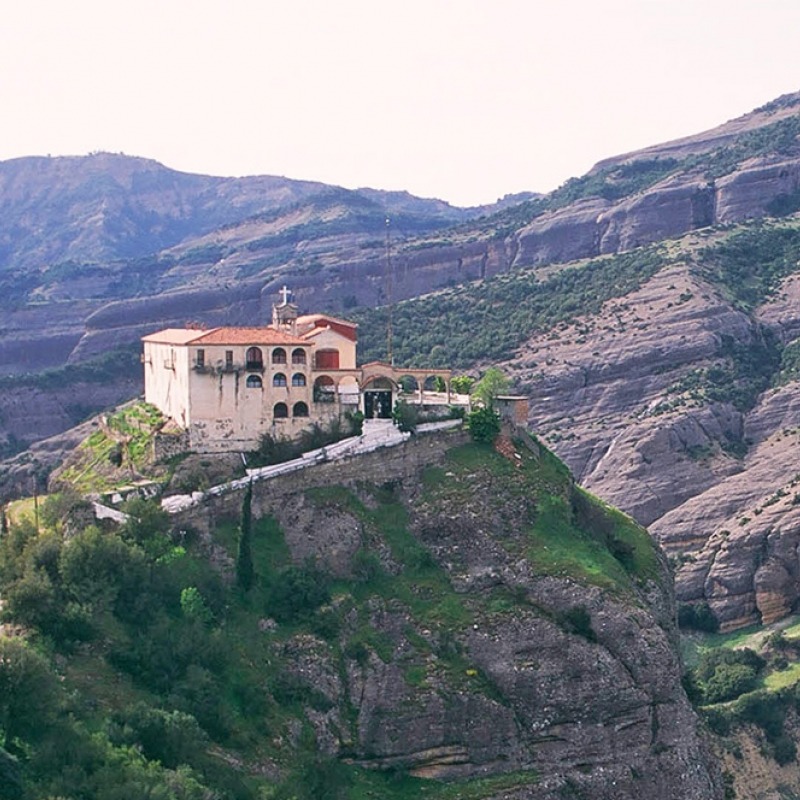 Hiking in this majestic place, along the train tracks of Odontotos-a line characterized as the most spectacular railway line of the Balkans- we never cease to enjoy alternating sceneries.

During the hike we are surprised in every step we take either by the huge waterfalls revealed in front of us or by the lush covered walkways. Abandoned stone houses with telegraphs travel us back in time. Disorientated goats, rocks sculpted out of the river’s impetuous water and the most exhilarating of all, the impressive, stone made aerial bridges, leave us speechless! Worth mentioning is the fact that these bridges were the sole link between the various villages even in the early 20th century.

Our route unfolds magically, with the landscape changing gradually from a wild scenery to a milder one, with the river flowing smoothly towards the sea.

The canyon owes its name to one of the Hercules myths taking place at the spot ‘Petres’. Hercules, in a try to reach his beloved Voura, daughter of Eliki, cuts the rock which blocks his way in two by using his knife.

*BBC has dedicated a news report to Odontotos and the Vouraikos Canyon under the title ‘Historic railway reopens’.

* The route along the Vouraikos Canyon is part of the E4 European long-distance path.

Canyoning at the Vouraikos Canyon

You can also enjoy some of the experiences below*:

*The specific experiences can take place after contacting us personally upon your reservation.

These experiences have an additional cost and are not included in our basic package.

Let us know what you are interested in, and we will organize it for you!