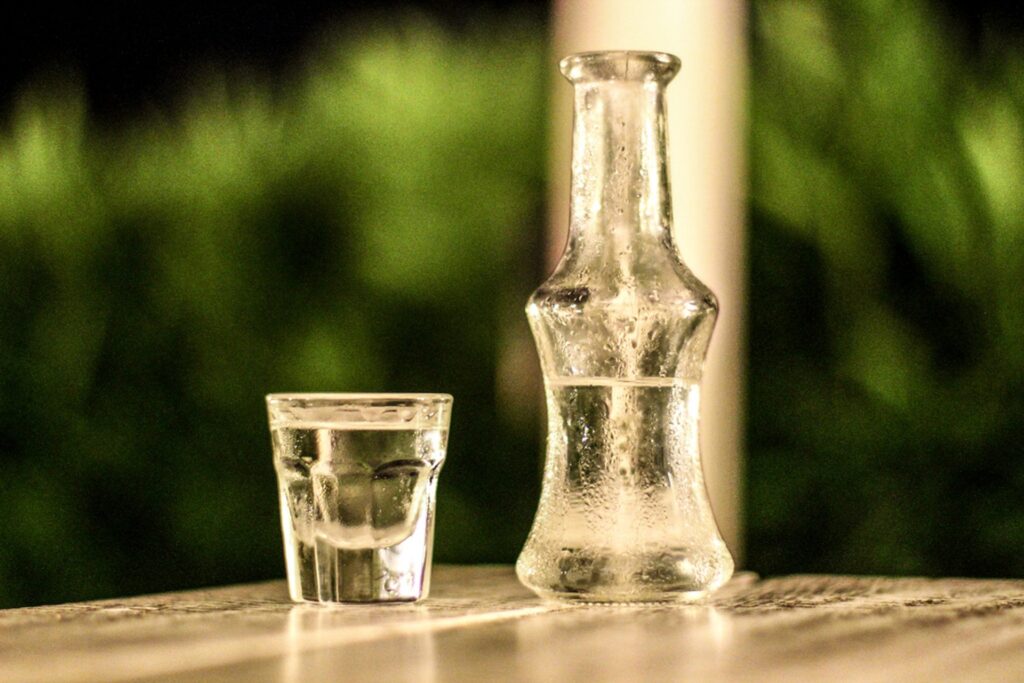 A traditional alcoholic drink whose production begins at this land and gets lost in time. It is said that the first tsipouro was produced by monks living in Agio Oros of north Chalkidiki in the 14th century. This drink is inextricably linked to the traditional values of the Greek life and the hospitable character of the people.

Tsipouro is made of grapes, especially marcs, this means the skin of the grape, its core, and its flesh. After the procedures of boiling, cooling, and condensation,the first drops of tsipouro begin to fall.

From the end of October till December, everyone is carried away by the rhythm of the boiling cauldron. We paint the town red, enjoying local delicacies and dancing. Despite the festive side of it, its distillation is a serious matter which requires attention.

* Distillery and one of the Greeks’ favourite drink was created thanks to the perpetual endeavor of the people flinging themselves into alchemy and into the procedure of ‘dilution and recomposition’.

**The taste of tsipouro and its aromatic character can take multiple hues. The drink can then be mild, soft, or intense, with fruit or wild herbs scent.

**Based on the area of origin, tsipouro can be scented with other ingredients such as aniseed and fennel, Chios Mastic, carob and fig. However, it is common practice to produce tsipouro from specific grape varieties, especially a single variety choice, in order for specific aromatic characteristics to be developed.

* Until the last decades of the 20th century, tsipouro was produced exclusively at home with no mass industrial production present.

Gathering of snails, mountain greens, mushrooms, nuts, apples, pears take place depending on the season of the year and the weather conditions. For more info visit Activities.

You can also enjoy some of the experiences below*: